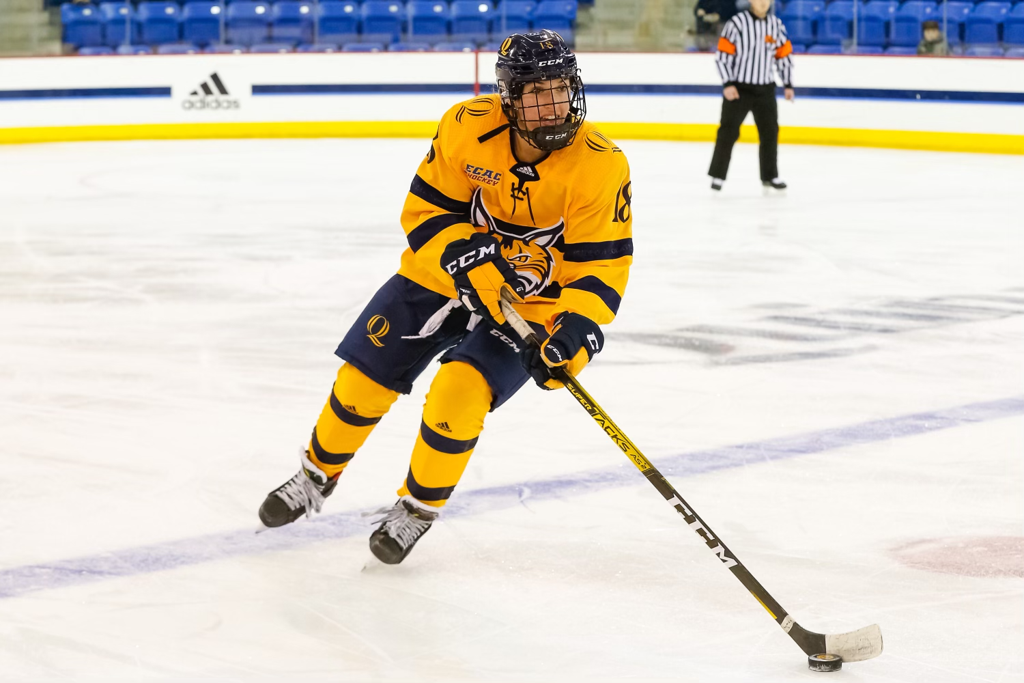 Laura grew up in Ada, Michigan and played for the Grand Rapids Griffins before moving  to Massachusetts to play high school hockey at Lawrence Academy and club for the East Coast Wizards.  She is currently a senior at Quinnipiac where she is the assistant captain of the women's hockey team. 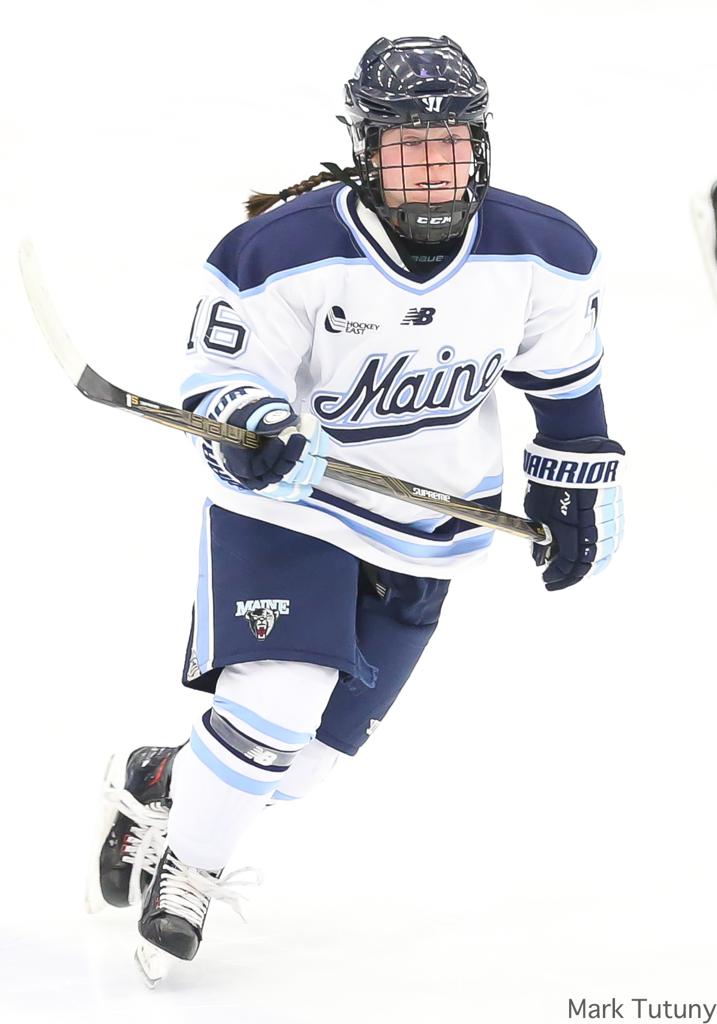 Brittany played both defense and forward for the University of Maine; she graduated in 2020 with a Business Management degree. Brittany is a vocal coach that wants to spread her hockey knowledge with the players. Since she played both defense and forward at such a high level she is able to teach both sides of the game extremely well.  Brittany hopes that she is able to make an impact on the players and push them to improve their game. 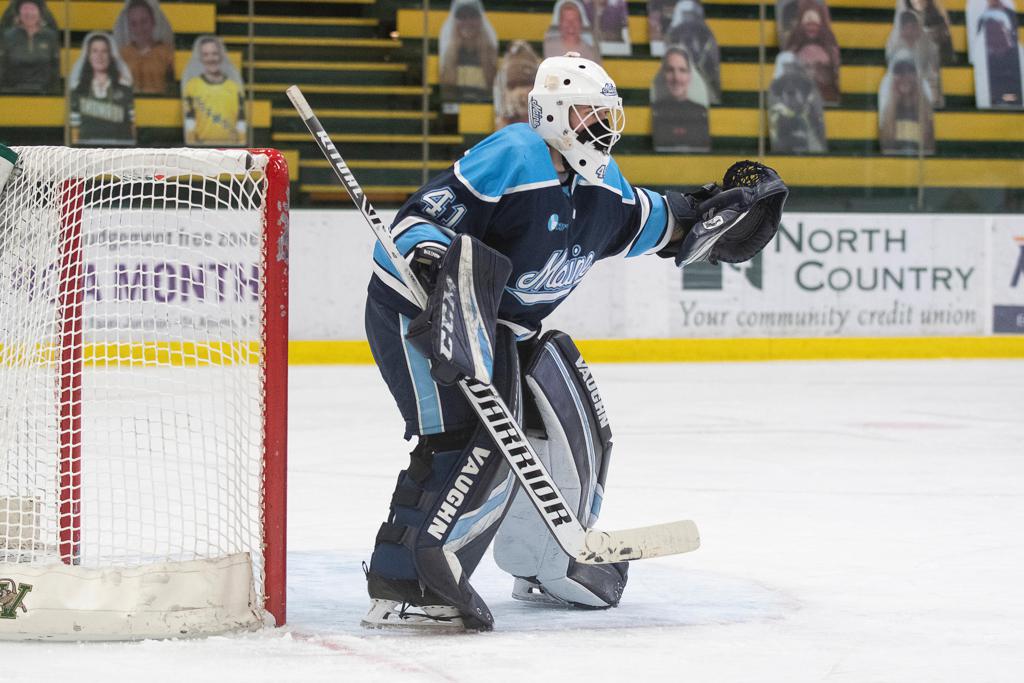 My name is Loryn Porter, I am from North Bay, Ontario. I graduated with the class of 2021 and am doing my masters for my 5th year. Being a goalie I offer a different wholistic perspective of the game and hope to share that with the players. While having fun in the process!

Tommaso played 4 years at NCAA Division 1 Mercyhurst University and after graduating he played a year of professional hockey for Pensacola in the SPHL.  There he was named to the all rookie team for his exceptional efforts during the 2019-2020 season.  Since then he has turned his passion for playing into a desire for teaching and growing the game.  Last summer was his first summer with the Warriors where he led his teams to the finals at every tournament. Combining his experience and detailed knowledge of the game to he creates a fun learning and playing environment for each player.  The process, experience and player growth is just as important as winning if not more important to Tommaso. 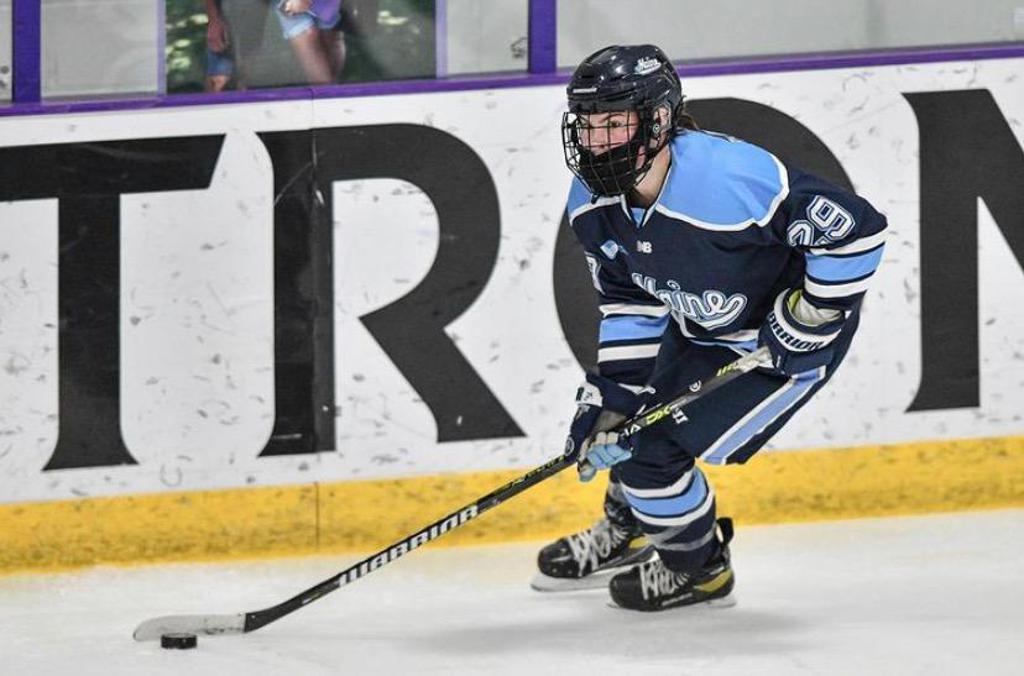 Hey everyone! My name is Elise Morphy and I’m from Regina, Saskatchewan. I’m graduating with the class of 2024 and I am majoring in Biology. I’m a defenseman at the University of Maine. I’m excited for the opportunity to give and receive a new perspective on the game working with younger athletes ! 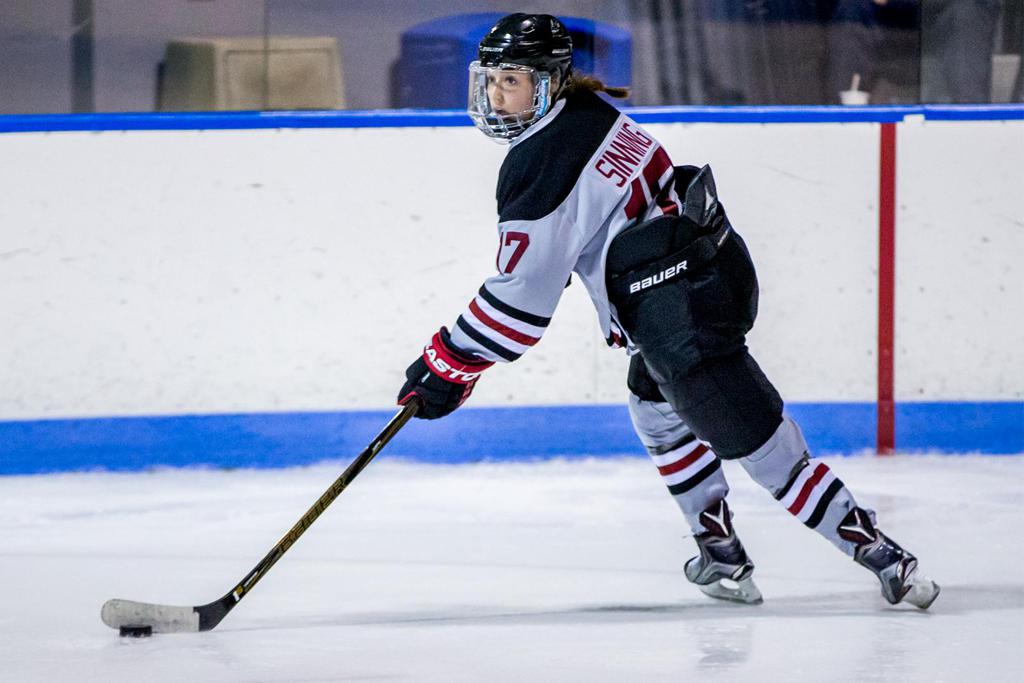 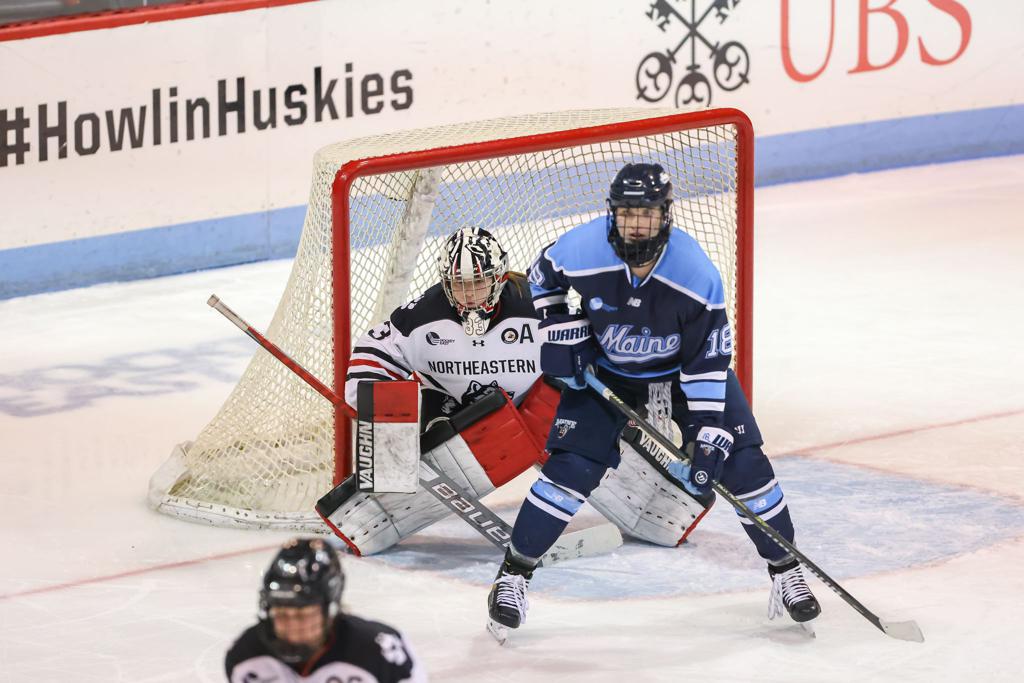 My name is Ally Johnson I am from Milwaukee,WI.  I am in the class of 2022 and studying  Kinesiology as my major. I am a  Forward for the University of Maine. Super excited to bring lots of energy and a fun coaching style to the game! 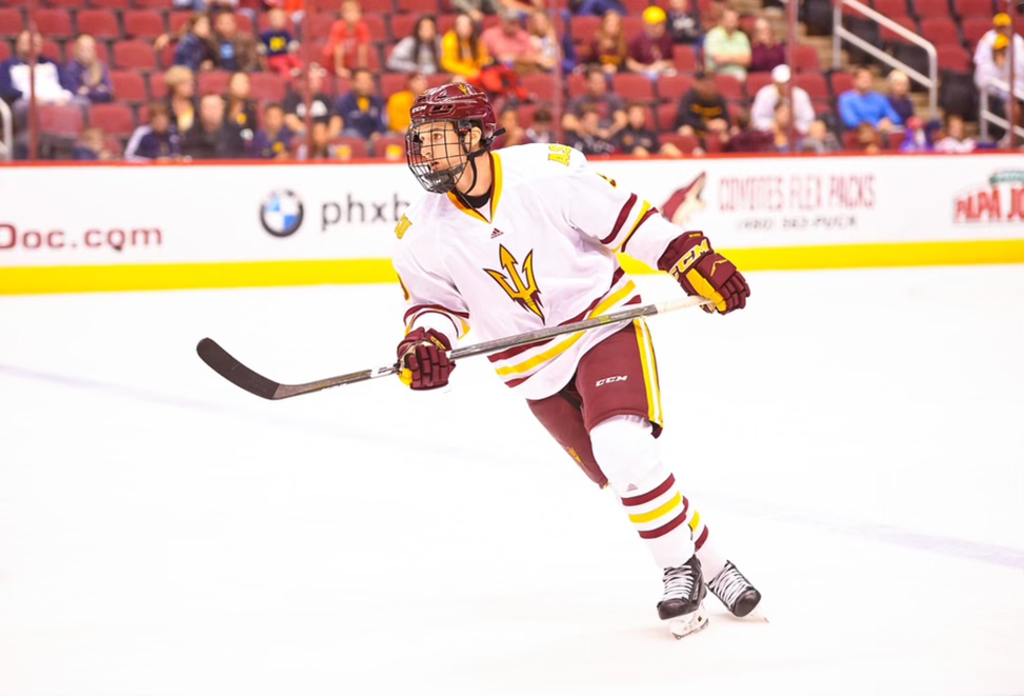 Grew up in Enfield, CT playing for the New England Junior Falcons. Played one year at Enfield High before moving on to Cushing Academy for two years. Also, played two years in the USHL before college. Spent 3 seasons at Boston U and one at Arizona State. Played pro for two years, one in the ECHL and last in the EIHL in the UK. Drafted to Ottawa Senators 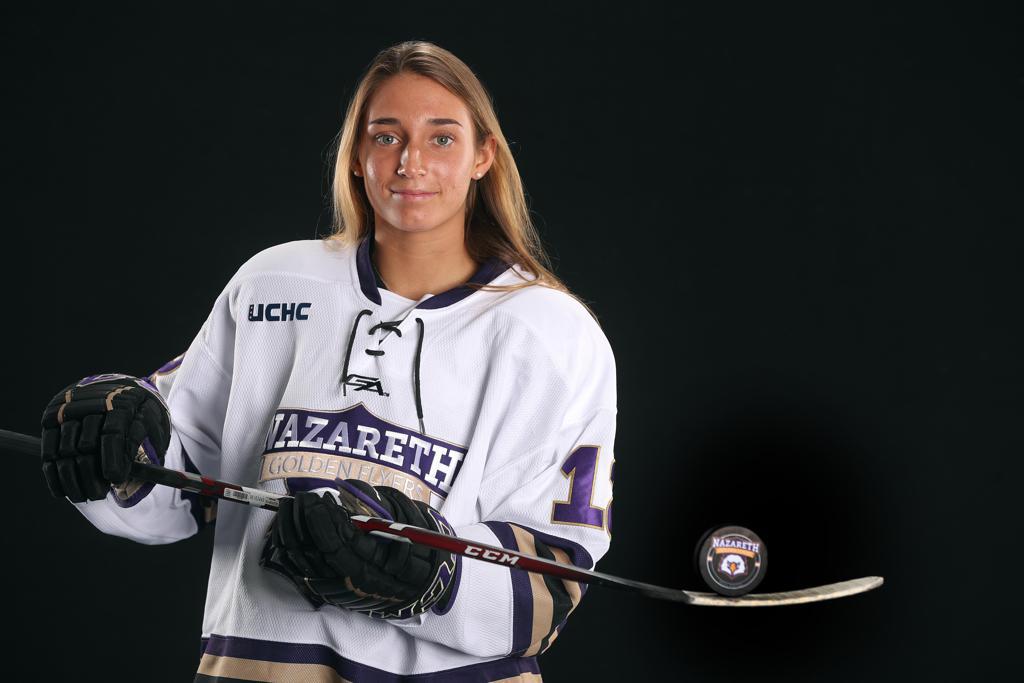 Emma grew up playing hockey on Long Island at Portledge. She went on to play for the NJ Colonials and is now currently a freshman at Nazareth College. Emma played on the first Wade Warriors team in 2018 and this will be here second year coaching.

Kristin grew up in a small town outside of Toronto, Ontario. In 2012, she competed and won a National bronze medal for Team Ontario. in 2013, she played for Team Canada and won a Gold Medal in Helsinki, Finland. In 2013, she started her career at the University of Maine as a defenseman. She played for UMaine for five years and graduated in 2018 with a psychology degree with a concentration in Neuroscience. She now works as an Athletic Academic Counselor at the University  of Maine for the men's and women's ice hockey team, softball team and football team. She also sits on the M Club board, the athletic letterwinners club for UMaine. Kristin's passion for coaching started early. coaching the UMaine men's and women's hockey camps while in her undergrad. She looks working with young defensemen, helping them to develop the skills they need to be successful. Her coaching style is honest but kind and hands on.

Siena was a student-athlete at Northeastern University, where she was a part of two Beanpot Championship teams. Throughout high school, Siena played on Suffolk PAL and the Connecticut Polar Bears. 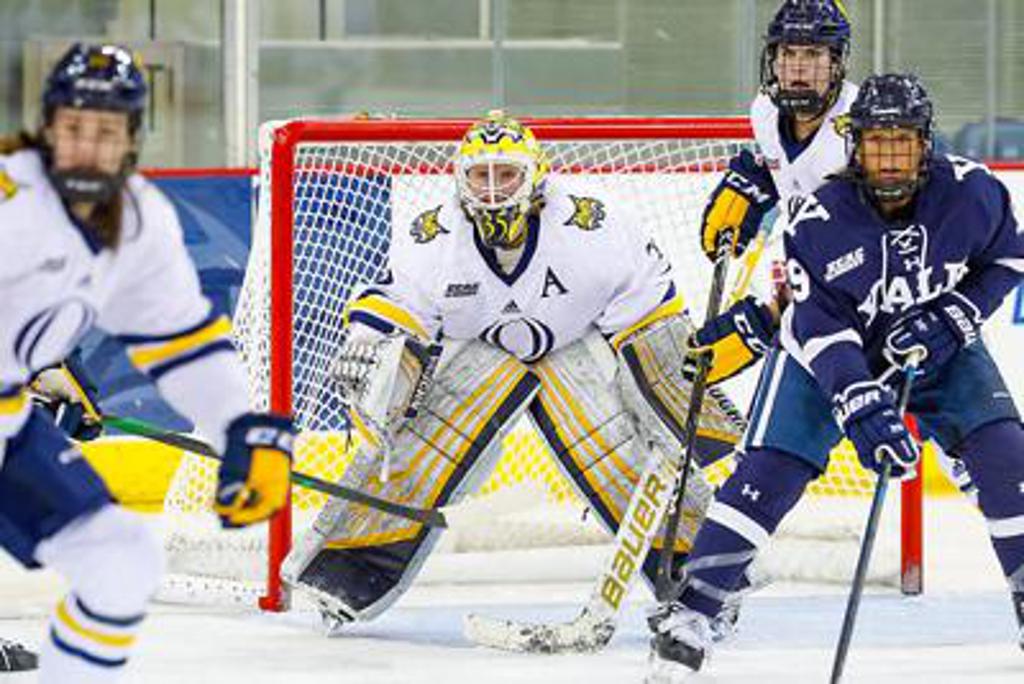 Abbi played for four years at Quinnipiac and currently plays for the the Whale. She also coaches the 14U Mid Fairfield Stars and is a goalie trainer for the organization.

Hawes began playing hockey in Minnesota at the U10 level with the Mound Westonka Whitehawks and continued to play with that organization until she relocated with her family to the Houston, Texas area. Once in Texas, she began playing with The Alliance Bulldogs based out of the Dallas area until she transitioned two years later to play for the Dallas Stars Elite Girls U19 team. Additionally, she was selected to and attended USA Hockey National Development Camps for 4 consecutive years which occurred in Rochester, NY and St. Cloud MN. Olivia was a 4 year starter at Hamilton College and majored in Psychology. 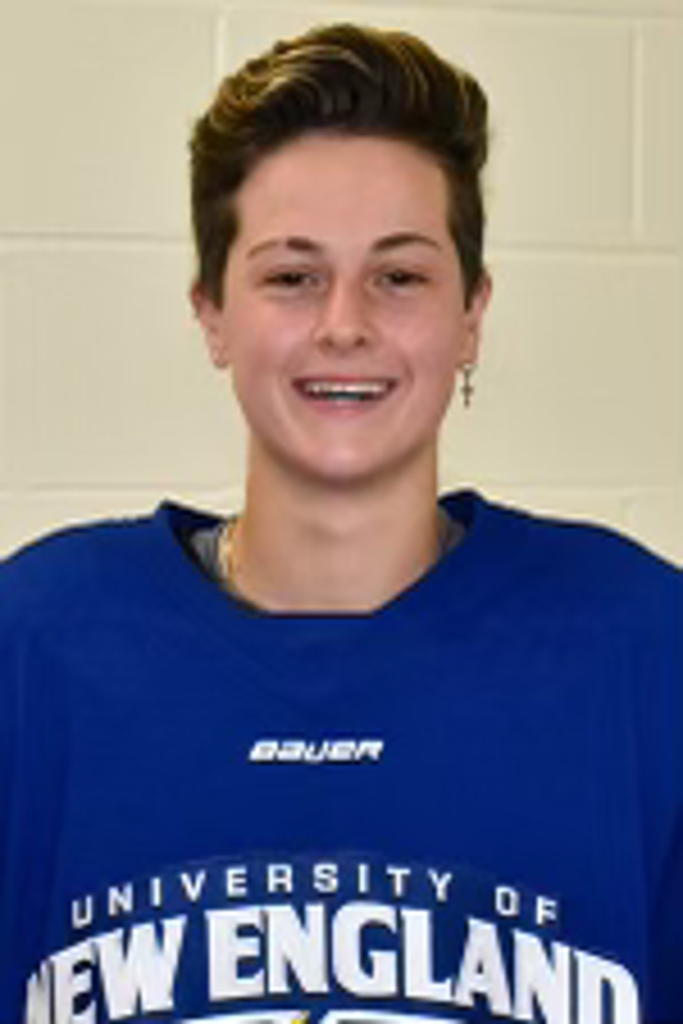 Ava grew up playing hockey on Long Island and then continued her career at Pittsburgh Penguins Elite for her two 19U years. Ava was a part of the first Wade Warriors team in 2018 . She is currently a  forward at University of New England and is a second year coach with the Wade Warriors.